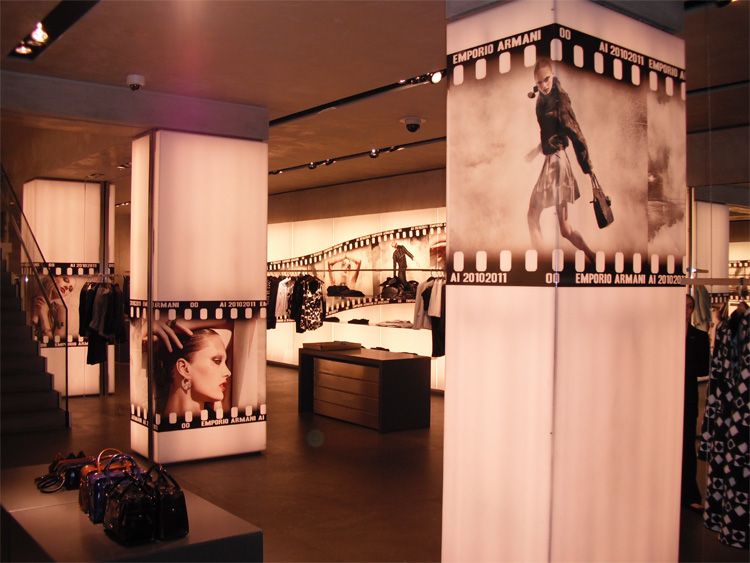 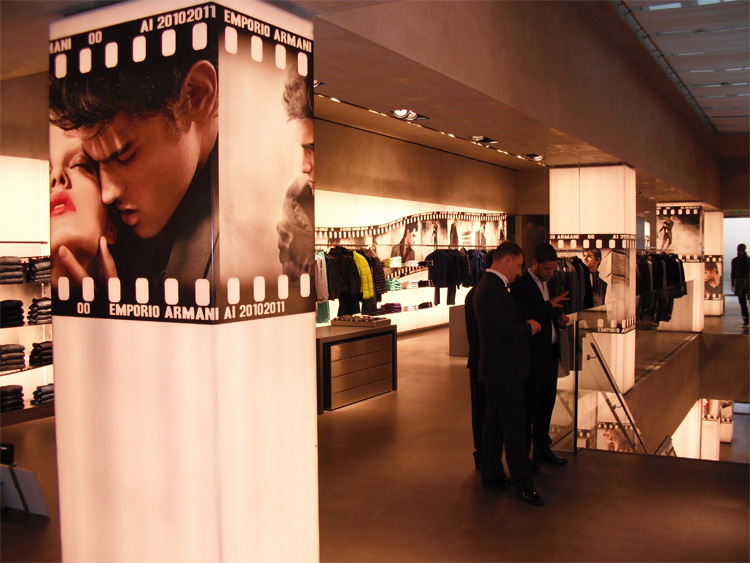 For ‘Fashion’s Big Night Out’ on Bond Street Armani wanted to make a statement throughout the store with a ‘film strip’ creative that they were using across the brand. We came up with the idea of utilising the lit walls that form part of their store interior to display a large format ‘film strip’ that ran around the entire ground floor perimeter on the lit walls. Continuing the theme we also produced several smaller length which were then applied at varying levels around all 4 faces of their lit column. Printing to a clear vinyl before applying a gloss seal gave the prints that slightly more realistic ‘film’ finish and gave the client the exact look they required.